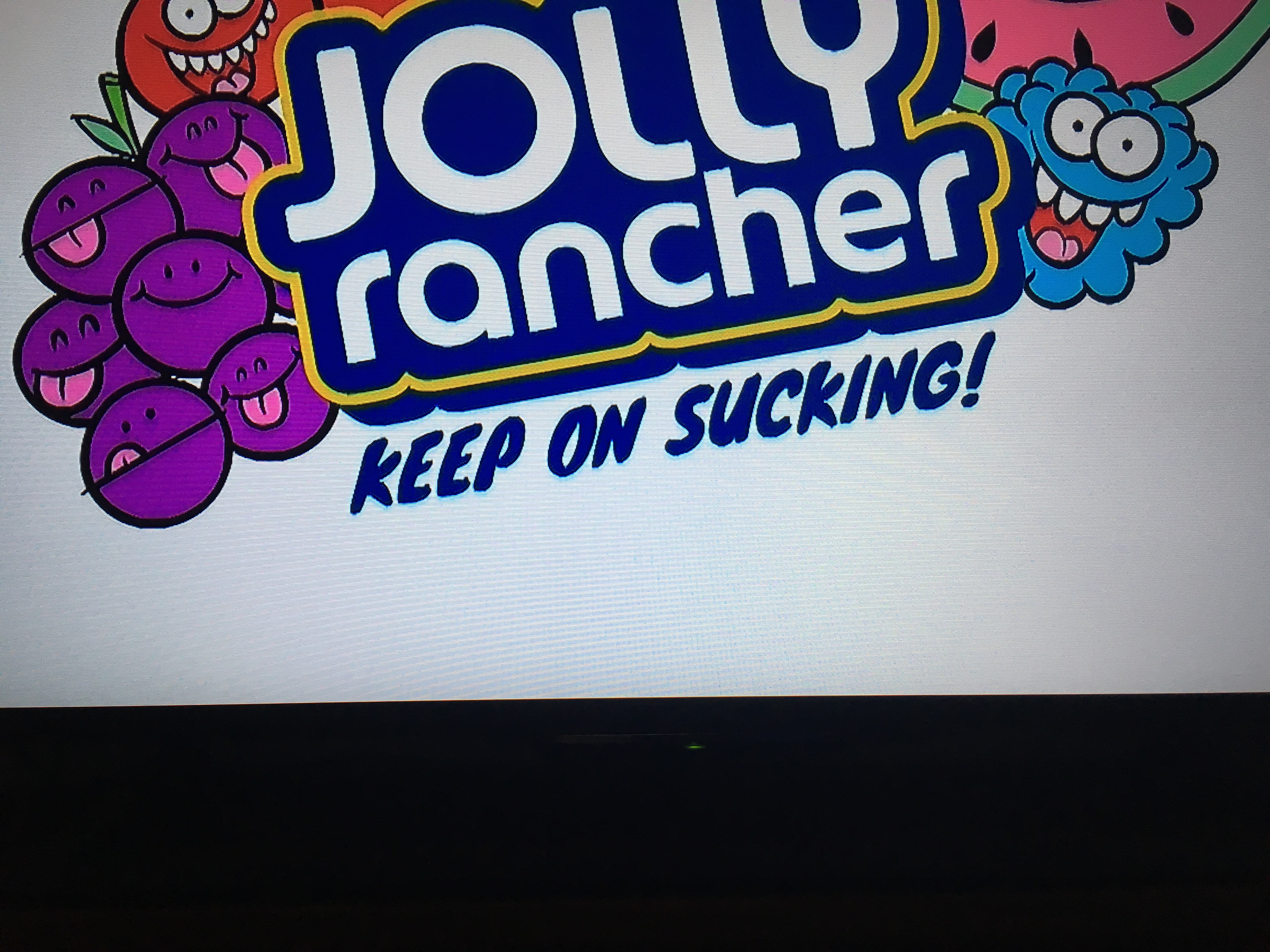 As I said on twitter last night just as Teen Mom 2 was about to start: Jesus take our wheels. #Jesusbreaktheirwheels

Who’s with me on that? Especially considering Chelsea’s driving a Range Rover and Kail a BMW SUV and neither of them have jobs. Okay Chelsea gives laser peels and hair removal, but don’t even try to tell me that paid for the Range. I know math.

On to the episode at hand which I believe was entitled Cherries and Flowers. I made up my own name thanks to Leah, It’s Gonna Take a LOT More Than Love. More on that later. 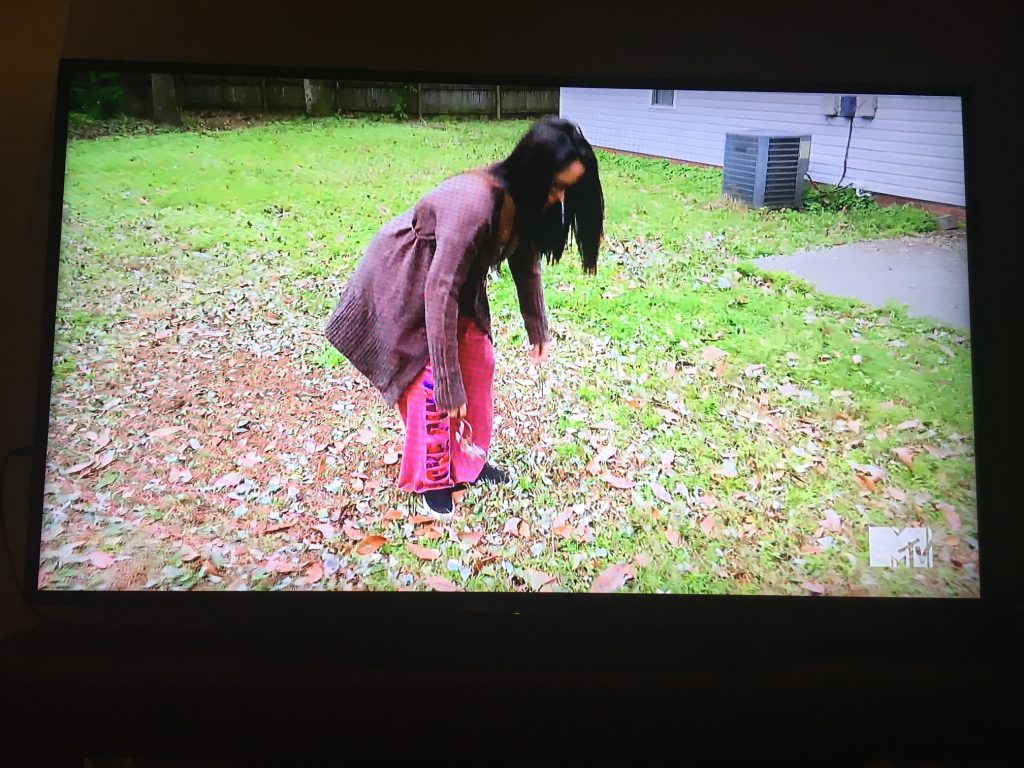 The scene opens to Jenelle bitching and moaning about her mom. Again. You know, that same mom who has had custody of Jenelle’s son, Jace, since Jenelle gave up parental rights seven years ago in order to be a crackhead. The mom who has provided for all his emotional and physical needs from her own finances while Jenelle has had not one but two other children, numerous boyfriends, more joints than we can count on all our fingers combined, not to mention many hits of heroine and cocaine. Kieeefah! Remember him? Whoa dude. So anyway, there’s Jenelle, pregnant again, child number three in the belly, wandering around the lawn rambling about how she hasn’t talked to Barbara since the last blowout in the parking lot, but there’s been a huge storm in the area so she might have to. But she doesn’t want to film with her, oh no, because Barbara is using Jace for money! God help me, this dimwit makes her living by having kids for MTV and she doesn’t want her Wal-Mart employee senior citizen mom getting even a tiny sliver of that pie. <rackafrackamumblegrumble>

I about fell off the couch laughing when she started telling David, current deadbeat boyfriend, how good it was going to be for Kaiser roll her two year old to start school in a couple days in order to learn math, science, art and socializing.

Run Kaiser, run. This is your big break from the vidja games.

Next up we have Kail. I didn’t keep firm notes and am going mainly off my tweets and a couple things I wrote down so this is more of a commentary than a full blown recap. Anyway, Kail is a b*tch. I don’t like to be swinging that term around but she is. Javi, the husband she cheated on while he was deployed for six months then kicked him out of the family home upon returning, arrives to pick up Lincoln, their son, for scheduled visitation. Isaac, Kail’s son that got her on this show in the first place when she got knocked up at 16 and Javi’s stepson, asks if he too can go sleep over at Javi’s. Kail grunts NO YOU CAN’T while shoving a pile of Lincoln’s loose clothing into Javi’s arms and shooing him out the door while making a scene of “big hugs” for the cameras with Lincoln as Isaac quietly weeps all the way to and in the doorway. 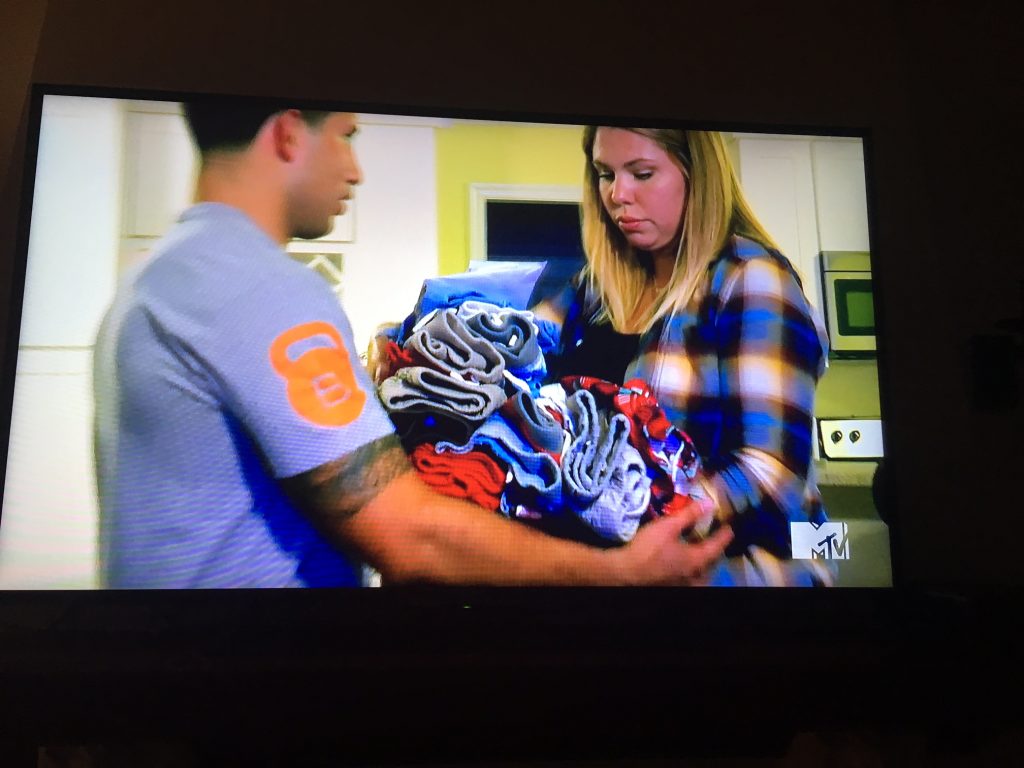 Respect your own child much? Not even enough to put his clothing in a bag to take to his dad’s?

She’s standing there guilty as hell, unbeknownst to Javi knocked up with some other guy’s kid, completely unremorseful trying to turn her children against their dad. For all intents and purposes Isaac considers Javi his second dad and calls him dad. Good grief. I feel the heat crawling up the back of my neck just thinking about her asking Isaac over and over again, “why are you crying? why are you crying? WHY ARE YOU CRYING?” Why do you think he’s crying, ho? He’s crying because you kicked his dad out of the house and he cannot understand why. Neither can we! Did you not hear the child say 10x in the softest, saddest voice, “I wish that he could stay. I would like it if he could stay”??

The kicker is she then tosses him in the car and drops him off crying at Jo’s, his bio dad’s house – even though it was day outside when they arrived 10 minutes away, but night when she put him in the car. Nice editing MTV. But it gets worse: could you believe when she then proceeded to continue bashing Javi to Jo and Vee? This is two weeks in a row of shameless bashing to the very people she has been bashing to Javi for years. And Jo. DUDE. Get some nuts. She’s clearly off her bipolar meds (not exactly kidding about this) and on an irrational witch hunt trying to get Jo to do the dirty work of clearing Javi out of her life.

Does anyone else think she might be trying to get Jo to take Isaac more? I get the sense she is blowing this Javi situation out of control to a. lighten her childcare load and b. keep that poor child away from Javi in order to punish Javi and break the bond he worked so hard to create with Isaac.

Mark my words. This WILL bite her in that ass she paid for down in Miami last year while Javi was deployed and she was “working on her career in communications to be a television host”.

From this mess we go on to either Chelsea or Leah. Let’s go with Chelsea and get her scenes all over in one run. Chelsea and Cole are getting married and he doesn’t want any cameras there. She says to him: are you still happy with our decision (assuming she meant not to have cameras)? Him: Hell Yeah! Well MTV, don’t look for many more seasons with these two. They got their Land Rover and they’re out. We see Chelsea rip her mom for talking to Aubree the 7 year old about calling Cole dad. We see Chelsea asking Aubree if she ever wants to get married. <Me: Oh gawd no, don’t start this. Ask her if she wants to go to college. Ask her what she wants to be when she grows up. Tell her what she’s good at. Don’t imply she should get married.> Anyway, of course Aubree says she wants to marry someone like Cole. And then we see pictures of Chelsea and Cole’s wedding in a field in Nebraska because television crews were not allowed. Looked cute, she’s got her happy ending. I’m out.

Now Leah. Oh Leah. Last week Leah took it back to the beauty school she quit in order to see if she could re-enroll. Wasn’t two hours later when she determined “it wasn’t the best fit for her and the gurlz” aka this sounds like weekend work so mama ain’t doin’ that. This week she decides she’s going to try her hand at enrolling in university because it is imperative that the gurlz see her learning things and pursuing her dreams. Leah announces to the admissions officer that she would like to study communications. See a pattern here?? These young women have never had jobs yet now think they are filmmakers and television hosts because they’ve been in a reality television show on teen pregnancy and its unrealistic aftermath (6 figure salaries) for the past almost decade. 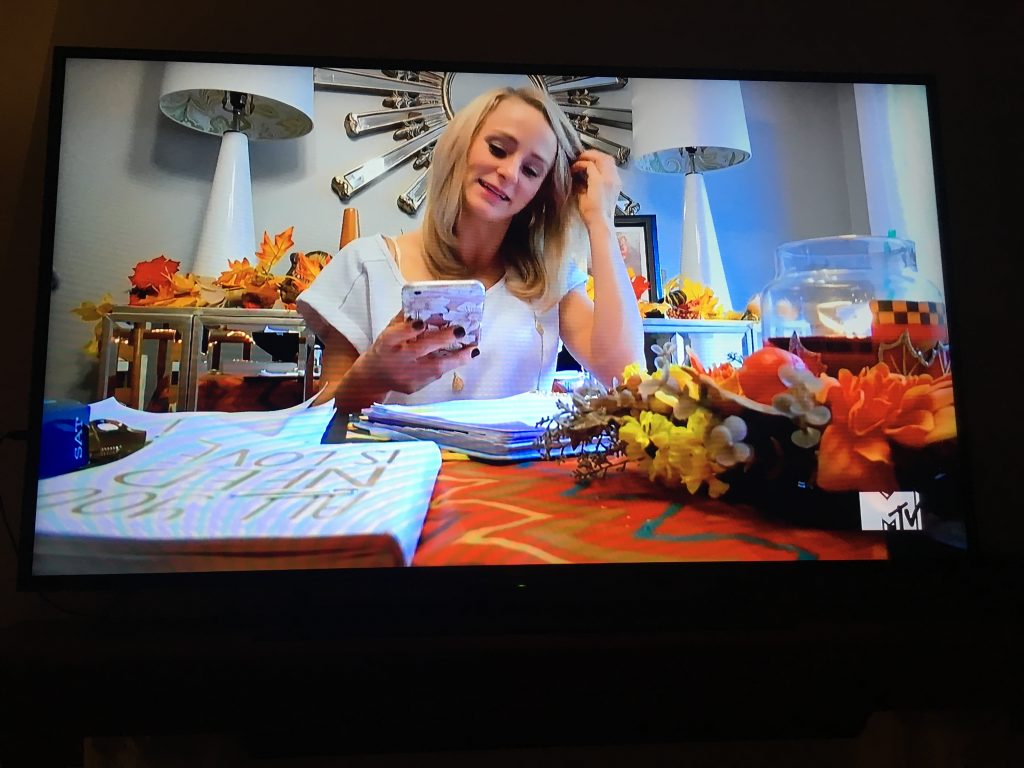 We see Leah talking on the phone with a coloring book in front of her entitled: ALL YOU NEED IS LOVE. No girl, all you need is to pick a program that makes sense for someone living in West Virginia because you are landlocked there with 3 kids from 2 dads for the next 16 years. You also need to realize you will be doing homework on the weekend and in the evenings when the gurlz are screaming, yelling and running hitherto with makeup smeared all over their faces. Just saying. I’ve watched this show since day one, I know what goes on over there.

At some point in time we flash to Leah on campus with a wonderful girl giving her a tour. Leah is nervous, rightfully so I really felt for her, and makes a point of reminding this girl her own age that she’s got three gurlz to which the girl responds, “Oh yeah” as in oh yeah I know I’ve seen you on tv for years do you even know what you’re getting into with this homework thing. The tour ends and she gets a call a few days later saying she’s been accepted. On the basis of what transcripts we’ll never know but maybe some kind of contribution from MTV. TBD.

One last pitstop back at Jenelle and Kail. 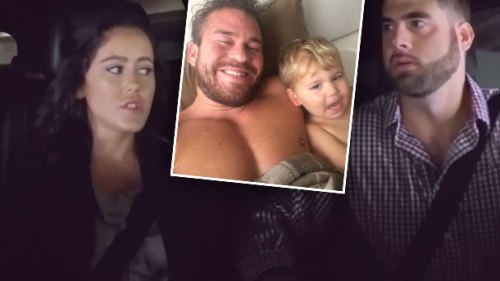 <pic from the folks at radar online>

Jenelle and David are checkin’ on their LAND after the storm, you know the land that only has trees and twigs and grass on it, to make sure it’s all intact. David’s daughter from a previous thing is buzzing around on her motorbike unsupervised while David reads Jenelle texts from her ex, Kaiser roll’s brain-damaged dad, Nathan. Nathan is calling Jenelle she-devil (lol) saying he’ll sign over parental rights because he’s moving to England. You guys, I’m not even sure Nathan knows where England is on the map. He might think England is in California. It’s sad. He’s clearly having an episode because she’s knocked up with David’s kid, but that doesn’t stop David and Jenelle from saying the best thing would be for him to gtf out of Kaiser’s life because he has no clue what it means to be a parent.

Let’s pause and consider this moment.

These two loose cannons, each with a child they do not have custody of. David has a restraining order and can’t even SEE his son. You’d think they’d have a little compassion for the guy, obviously not in his right frame of mind and with minimal visitation anyway, but nope. She jumps right to asking David if he’d adopt Kaiser and what’s his response, “Of course, IT’S MY JOB.” So there you have it everyone. Another jobless boyfriend of Jenelle’s living off her MTV salary, collectin’ land, guns, and atv’s. It’s pathetic. It needs to stop. MTV needs to pull the plug on this mess and force these people to get real jobs and live real life with real consequences but you know they won’t because of people like you and me tuning in for this crap.

Before I build a balcony on my soapbox: the final scene is Javi trying to make peace with Kail. He comes over after a workout to try and get to an amicable place. She not only refuses to sit at the counter with him, but won’t even allow him to get a glass of water. In his own house. She starts demanding apologies, as she sits there, pregnant with another guy’s kid, in the house Javi has so graciously allowed her to stay in while he had to find another upon arriving home from serving in the military, insulting him, telling him he OWES her but she owes him nothing because she’s over it and he can just get out now. Ya know, “sometimes you have to hurt people to make yourself happy.”

Oh boy, lady. Duck and run for cover because life’s about to hand you your ass – both your asses – and it’s not gonna be pretty.

More next week on the season finale. I hope Javi rips her a hole from Delaware to China. 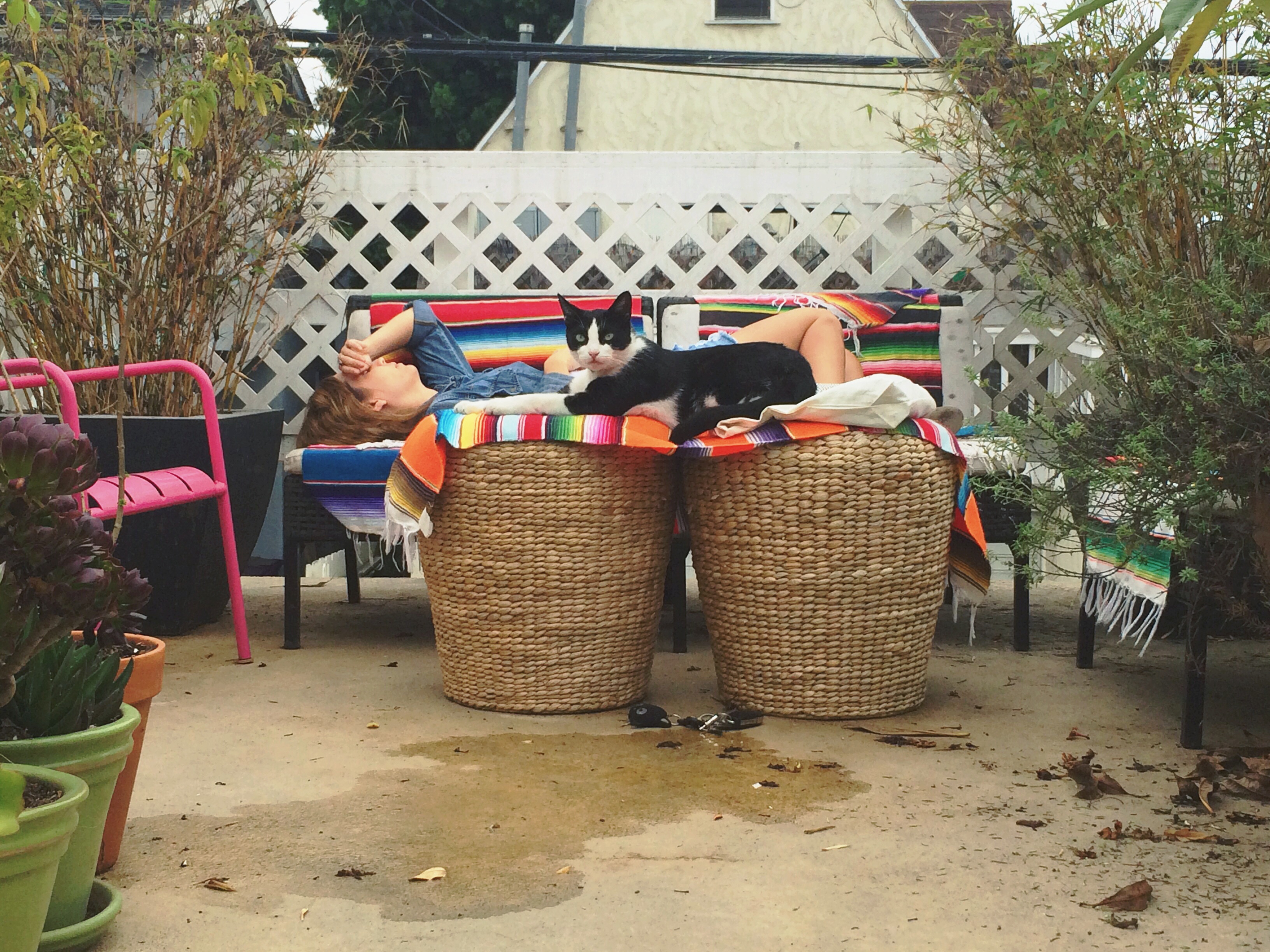 What time is it anyway 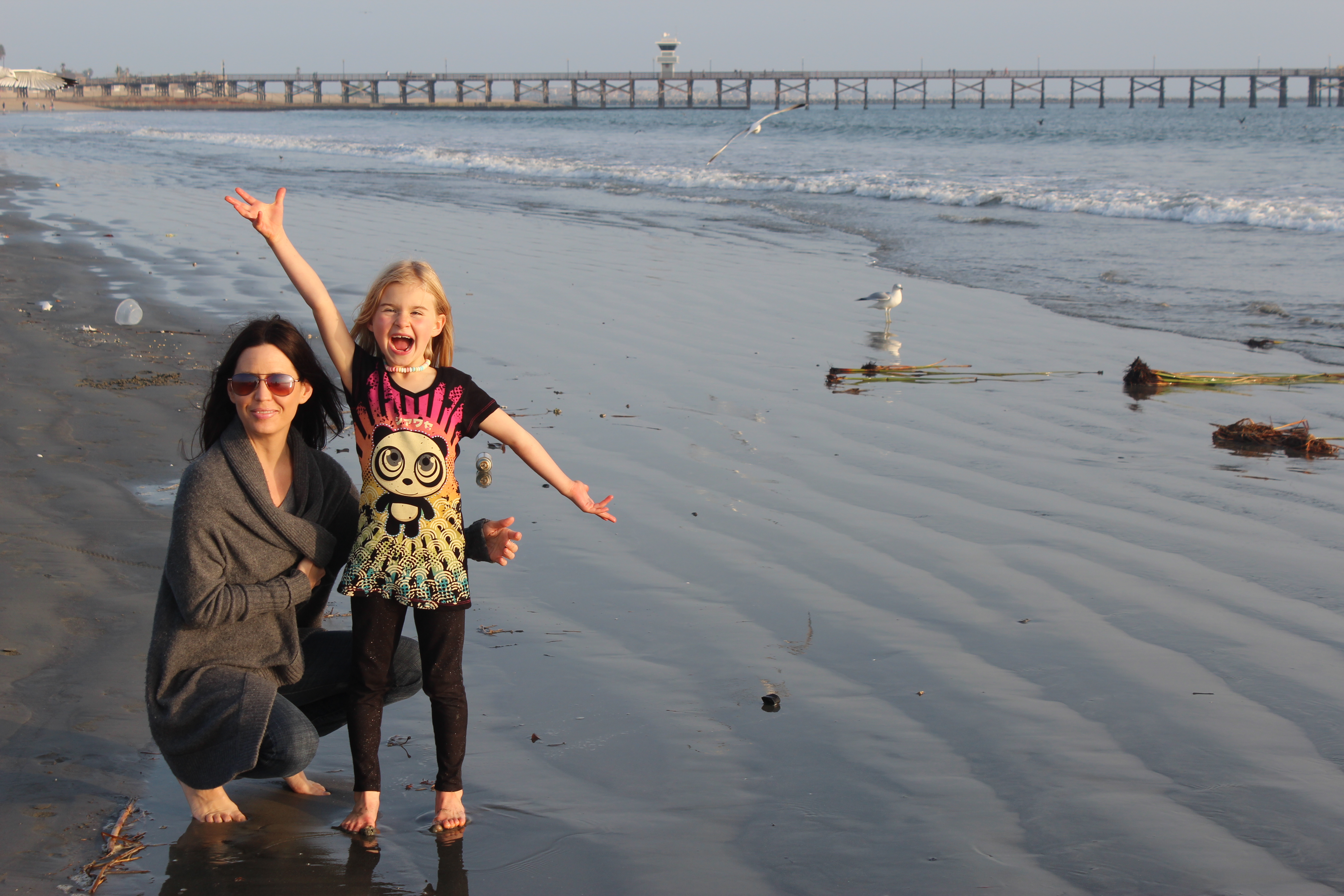 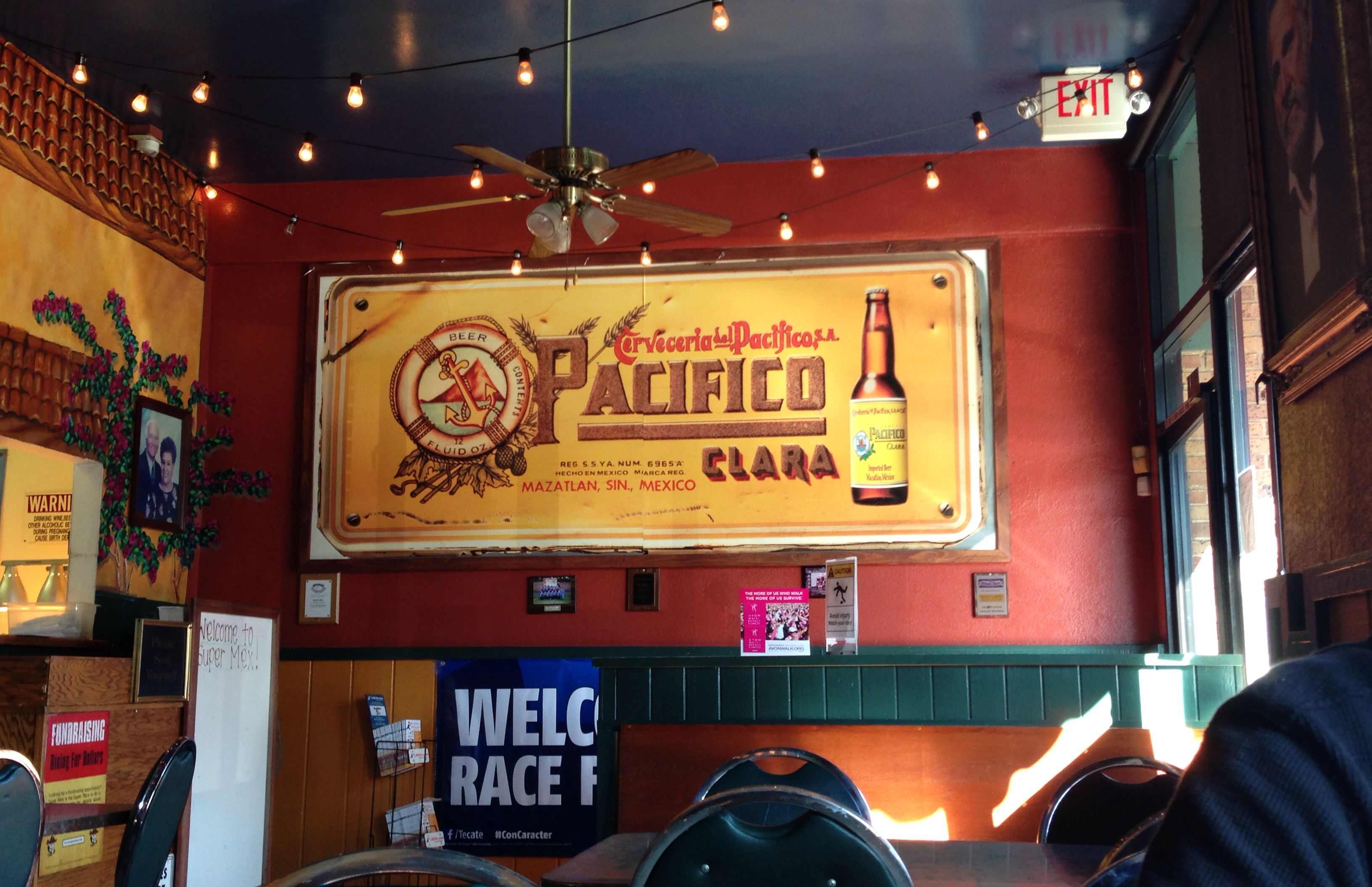 Friday turn up from the quarantine 🍌🍌🎉

Shit’s getting real. Today I woke up at noon for

I got Chris this oven mitt for his birthday last m

Face to the sun, simple things bringing comfort in

Me on day 4 of quarantine only chasing B.Franklin

coast is clear! sun is shining! i’m nowhere near